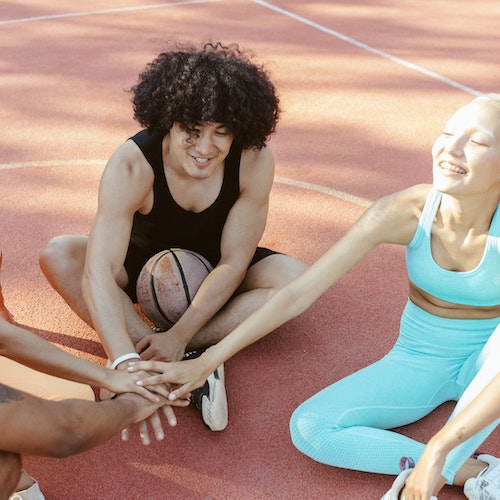 Basketball emerged in the YMCA (Young Men’s Christian Association) of Springfield, United States, due to the need for students and teachers to practice an indoor sport during the region’s harsh winter. Its invention, in 1891, is attributed to the Canadian physical education teacher James Naismith (1861-1939). However, antecedents of this sport are also known in the ancient Mesoamerican cultures (the Mayans and the Aztecs, in particular).

The 13 rules that Naismith established for basketball practice were:

The ball can be thrown in any direction with one or two hands.
The ball can be hit, but never with the fist.
The player cannot run with the ball in his hands.
The ball must be held with only one or two hands. No other part of the body can be used to support it.
A player may not grab, push or take any violent and intentional action toward an opponent. An infraction of this type is considered a fault.
The action of hitting the ball with the fist and the situations described in points 3, 4, and 5 are considered fouls.
If a team commits three consecutive fouls, a point will be awarded to the opposing team.
A goal is scored when the ball is thrown toward the rim and goes inside.
When the ball leaves the field, the player who touches it must throw it back into the area (it must not take more than five seconds to do so).
The assistant referee is in charge of judging and sanctioning fouls during the match.
The main referee is in charge of keeping track of time, ball possession, and goals.
The match lasts for two fifteen-minute halves with a five-minute break in between.
The team that scores the most goals will be the winner. In the event of a tie, the game may continue until a basket is scored.

Some of the most recognized players in NBA history are: